If you haven’t seen the Netflix Original: Annihilation then I suggest you stop reading immediately. Go watch it and come back when spoilers aren’t going to impact your viewing of the movie. Like seriously, as soon as this paragraph is finished, I’m going to be diving face-first into spoilers and there are moments in this movie that NOBODY should be prepared for prior to watching it.

With most of my reviews for films, I spend far too long summarising a movie that only those who had seen the movie in the first place would be reading. So i’ll try and keep this short.

Annihilation is many things: a commentary on human biology and nature for one. It’s also a bit of a mind-fuck in some scenes. Not so much that you leave with your mind blown but rather you feel just as confused as the characters. The film follows Lena (Natalie Portman) who after assuming her husband has been killed on a mission, finds him wandering up the stairs followed swiftly by a rushed ambulance journey. Lena learns of “the shimmer”: a bizarre anomaly that is infecting a swampland area of the US and has been for the past 3 years. Upon learning that this was the mission her husband was on, Lena volunteers to join a task force heading into the shimmer in order to reach the point of origin: a lighthouse.

What follows is a trippy journey through a beautiful yet terrifying forest that has creatures and plants that appear to have been thrown together, almost like Frankenstein’s monster but of nature. The film isn’t particularly tense or scary but the fucking human-scream bear is one of the most chilling scenes I have seen in any film in years. I’ll admit that even though I knew it was a trick of some sort, I was not remotely prepared for that thing walking in and making that noise.

As character’s are knocked off one by one, the movie ends with Lena encountering her husband’s corpse (a twist I think we all knew was coming) and a double of herself. This is another chilling scene. Something about a humanoid yet metallic creature imitating human movements while being higher, stronger and more agile is creepy as shit! The final moments of the movie show Lena hugging her shimmer-husband as both of their eyes shimmer…I’ve said shimmer too many times but it’s the best word to use here.

Honestly, I was pretty impressed with this movie. I think it’s fair to say that Netflix have hit the nail on the head with this one. With Hollywood forcing out female-led movies and failing (particularly awful reboots like Ghostbusters and Ocean’s 8), this film was incredible. I don’t mean that in a patronising way, I’m not suggesting that women aren’t capable of being the leads in movies. What I mean is that when it’s forced, it tends not to work. This movie on the other hand worked wonderfully.

I was even doubtful going in because Natalie Portman has never impressed me with her acting before. Similarly, I’m not a huge fan of Tessa Thompson mainly because of comments she made regarding Thor: Ragnarok but also because she’s just never shone out as an actor in my eyes. I’m happy to admit that both of them did incredibly well in this movie and the acting is part of what was awesome about this film.

Actually, every aspect of this film was superbly done: the special effects were crazy, the soundtrack was awesome, the ending of the movie was a bit “meh” but not bad by any means and it certainly left questions open, hence why I’ll be doing my version of an explanation now.

I’m completely winging this. I watched the movie less than 20 minutes ago so don’t take my word that this is actually the explanation that the creators were going for. If you’ve read any of my other theories, such as my Pokemon one or my journey through Happy Feet, you’ll know that usually I clutch at straws to make a theory sound a little more compelling. In this instance, I’m going solely with what I just saw in Annihilation. 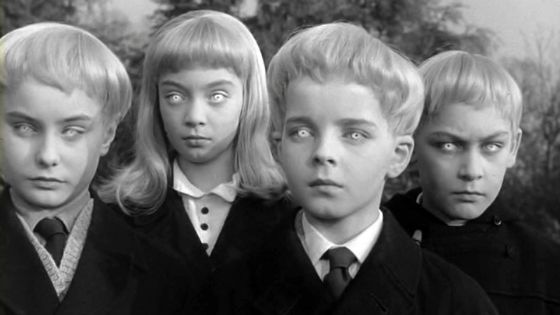 So throughout the film we hear about cells. The film opens talking about cancer cells, we hear the team discuss the suicidal nature of biology (i.e. that at a cellular level we are self-destructive). There were two things that stood out to me in the movie: 1) The idea that anyone going into the shimmer must be suicidal or at least self-destructive on some level and 2) That each person in the final team has nothing to go back for (apart from Lena). We learn that each member has an issue. Dr Ventress (Jennifer Jason Leigh) is dying, something we don’t discover until near the end of the movie. Anya Thorensen (Gina Rodriguez) had a drug issue (I think). Cass Sheppard (Tuva Novotny) lost her child to leukemia (along with part of herself). Josie Radek (Tessa Thompson) used to self-harm.

Lena is there for her husband who she cheated on and now feels guilty about his current state. I mentioned these characters for a reason and I will circle back to it but first, here’s my main theory in regards to the shimmering eyes at the end. I think that Lena and her shimmer-husband are almost like Adam and Eve. Everything else within the shimmer caught fire and burned yet Lena walked away unscathed and shimmer-Kane recovered. I think this moment symbolises a rebirth of sorts. Lena’s DNA has been altered through her time in the shimmer and Kane isn’t even Kane. I think they lost that self-destructive aspect of themselves and their children will go on to pass it on. We know from the crystal trees, the tree people and other aspects within the shimmer that this anomaly or being was trying to create life.

As for the other characters, I think they died in ways related to their “cellular self-destructiveness”. Josie had cut her wrists but never committed suicide. It’s theorised by Sheppard that she was trying to feel alive. When we last see her, she is becoming a plant just like the tree people. Dr. Ventress is dying and has no partner, no children, no friends, no family as far as anyone can tell. She becomes one with all life in the shimmer and passes her genetic make-up on. Sheppard talks about a part of her dying and how losing that aspect of herself is akin to losing her daughter. Yet when she dies, all of her goes, apart from the terror and fear she felt before her death: no happiness, no joy, only darkness.

Anya is the character that sort of throws my theory off a little bit here. If it was drugs that were her self-destructive tendency then it could relate to a lack of control. She said that her hands moved when she looked at them. This is sort of a way of saying that she isn’t herself which is a common saying by people who have been in dark and deep drug addictions. They lose themselves much in the same way that Anya was losing herself. She wanted to cut someone open to prove that it wasn’t just her.

Lena, as the main character, plays a more interesting role in this theory. It’s mentioned several times both by her and other characters that she had something to go back to: her husband. She isn’t being suicidal by going into the shimmer, she’s actually on a mission. Yet when she enters the lighthouse she has to face the reality that that isn’t her husband waiting for her. This is perhaps something she has considered before the lighthouse as she looks worried when she starts playing that camera, long before it shows him dying and his double walking in front of the camera.

Lena isn’t fighting a creature or an alien but rather part of herself. This thing is more than just a double, it’s more like her shadow. I think that this thing was supposed to represent her self-destructive tendency. When she tries to escape it’s her desire to die that stops her. She’s literally stopping herself from escaping and by killing it, she’s freeing herself. She leaves the shimmer without that self-destructive tendency at a cellular level. Leading to my explanation as to why neither her nor Kane burned like the rest of the shimmer shit.

One aspect of this film that I can’t get my head around is a recurring tattoo. At first I thought is was a number 8 but it’s actually the eternal serpent/infinity snake. It’s an image of a snake swallowing its tale and it’s a symbol of rebirth. I guess this would apply to the idea of rebirth of Lena’s character and of the human genome. It isn’t the symbolism I have a problem with though.

What I don’t really understand is why it kept appearing on people. I mean we could assume that it was on a person’s arm from a previous mission into the shimmer but tattoos aren’t genetic. I mean this life-force/event/being can replicate dripping blood, as it does with Lena and it does the same with sound so the refraction must not be limited to DNA. I just don’t get why that tattoo would appear on people’s arm but not others. I mean sure, we could just accept that it’s being used as symbolism for the movie but I feel like that’s a bit on the nose, so to speak. I mean we know that everything inside the shimmer is being reborn as something else but I’m sure there must be a better explanation out there. Annihilation doesn’t seem like the sort of film to throw a tattoo in just for symbolism without any real explanation.

One meaning behind the symbol relates to the serpent Jormungandr who, in Norse mythology, guarded the tree of life. Maybe nobody had the tattoo at all and it’s actually a mark from the being/event/life-force. Here’s a wild theory: what if the shimmer was no accident. What if some aspect of Norse mythology is based on fact (which is interesting considering Natalie Portman’s Thor connection) and life on Earth is threatened by humanity and so, this guardian or whatever is sent down to correct things.

Thanks for reading! What did you think of Annihilation? Do you enjoy seeing reviews on this blog? If so, what else do you recommend? Let me know down below!