When you’re looking at where tax payer’s money is spent, you’d expect a priority to be towards the police service, healthcare, education, etc. So whether you live in the UK or not, it may shock you to learn that £80+ million is paid to the Queen. Given that we don’t live under a monarchy and that the Royal Family in itself is little more than a living, breathing tourist attraction (and not a very effective one at that), why are we still funding their extremely luxurious lifestyle?

Many people in Britain love the Royal Family. I’m not one of them. I have nothing against the family personally, they didn’t choose to be born into such a position. But the very notion that this family deserves our time, our respect, or more importantly: our money is beyond me. The Royal Family may sell many souvenirs, plates and t-shirts or make foreign officials feel privileged when introduced to its members but other than that they serve no purpose.

What part of the Royal Family is British? As someone from Scotland, I feel no connection to them. This ties into British nationalism or Unionism but there are many reasons why we shouldn’t view them as symbols of our country.

For starters, even if you view the family as having “Royal Blood”, do they really? The paternal side of the family is German. You may know the family as “The Windsors” but actually that name only came to be in 1917 due to anti-German sentiment. The family name before its British reboot was ‘Saxe-Coburg and Gotha’ due to the marriage between Prince Albert and Queen Victoria. We view this family as inherently British but there isn’t really anything particularly special about them (or British about them). On principle alone I’m against celebrating a family (or an individual) based solely on their relatives.

May by thy mighty aid

May he sedition hush,

God save the Queen!”

I don’t think that ANYONE would argue that having a verse targeting one of the countries within a “United” Kingdom doesn’t seem a bit bizarre. Don’t even get me started on the British passports which show the Scottish national animal: the unicorn, with a chain around its neck. I’m going a little off-topic here but I had to share these points. 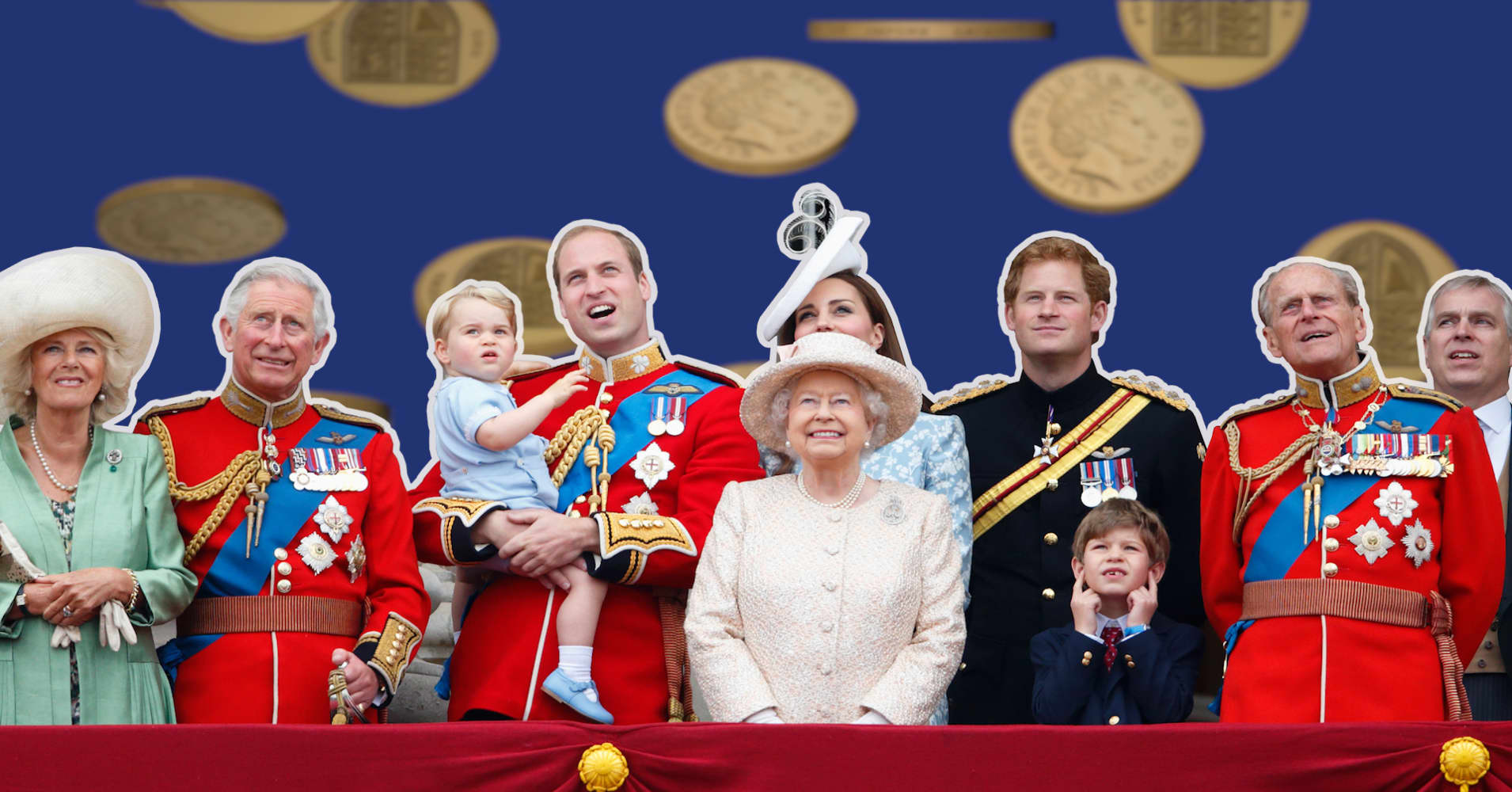 So when we look at the value of the Royal Family, we have to consider whether what we pay them is worth it in the long run. Many people argue that the Royal Family are responsible for a lot of the tourism in the UK. I’d have to disagree. The Royal Family may very well benefit the people of London, particularly those in businesses located anywhere near Buckingham Palace. But considering that tax money from ALL of the UK is used to pay the Royal Family, I fail to see the benefits to the rest of us.

ALVA, a company focused on leading visitor’s attractions, Tweeted the following at the time of the Royal Wedding:

Yet when we actually look at the evidence, you’ll find that even Visit Britain can’t find evidence to support the tourism benefit of keeping the Royal Family around. If Windsor Castle (the only occupied Royal Residence to attract a large number of visitors) was included in ALVA’s analysis of top tourist attractions, it would be lucky to come in at 24th. Stonehenge, The British Museum, Edinburgh Castle, Roman Baths, National Museum of Scotland and the Science museum are all examples of attractions which reel in higher numbers of tourists. This is supported by evidence which shows most tourists come for our wide range of museums, wonderful scenery, to engage in British history and to shop….as opposed to visiting an old bag, her racist husband and her ginger grandchildren. 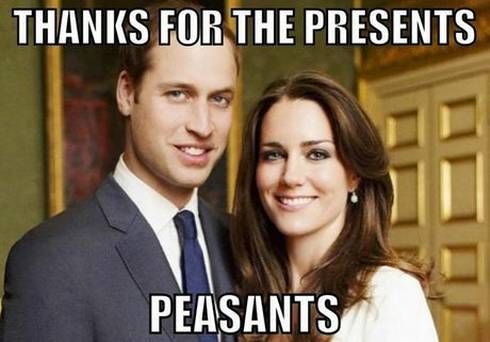 Since we mentioned the Royal Wedding already, let’s delve into the costs. In 2011, Prince William and Catherine Middleton got married. While most of the finance was covered by the incredibly wealthy Royal Family (how nice of them) the UK taxpayer had to cover the cost of security and transport (as per the agreement of the Family’s grant) which was to the sum of at least £7 million.

Of course we have another Royal Wedding on the way with petitions already in motion to avoid tax payers having to pay out for any of the costs. I mean I don’t think it’s too much to ask that we don’t have to fund weddings.

Queen Elizabeth II is one of the world’s richest women, according to The Times. So where does she get her money? Well, most of her money comes from the Sovereign Grant. To understand what exactly this is, we have to look back to 1760 when King George III agreed to hand over the crown estate to the treasury. This mass of land includes obvious areas such as Buckingham Palace and Regent Street but also most of the UK’s seabed. Where does all the land come from? It comes from the areas conquered by the Monarchy throughout history.

As I’m arguing a lot of this from a Scottish perspective, let’s take a look at Scotland. It’s estimated that The Crown owns about £261.5 million worth of land in Scotland. This includes (but is not limited to) four estates that cover 37,000 hectares of land, ownership of the seabed up to 12 nautical miles from the shore as well as more retail-orientated areas such as 50% of Fort Kinnaird retail park just outside Edinburgh. The Queen gets 15% of the Crown Estate profits.

This figure is set to double to £82.2 million so that the Royal Family can carry out repairs at Buckingham Palace. As any tourism increases in the UK, so does the income of the Royal Family with the Crown Estate raking in an extra 8% compared to previous years. Imagine if the land was actually owned by the people who had it ripped away from them by force throughout history. Rather than funding Prince Philip’s £18,690 train trip to Plymouth. 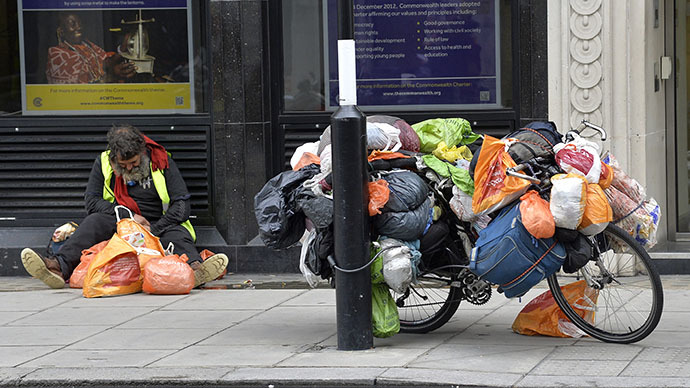 Even if we put the economics to the side for a moment, how can anybody POSSIBLY ignore the gross comparison of the Royal Family to most of the country they live in? The NHS is in crisis, the UK police force is all but crumbling, the education of the nation’s youth is lagging behind that of other countries…need I say more? When there are people living in poverty in this country I found it grotesque that ANYBODY would argue that the Royal Family deserves even a penny.

What can we do about it?

Honestly? Probably nothing. If you live in the UK, you could try signing this petition to see an end to the monarchy and all payments towards the Royal Family. Will it work? I highly doubt it. As I’ve said before, the petition system in the UK serves no real purpose other than providing people with a feel-good feeling alongside a feeling of involvement and having the ability to create change. In reality, nothing changes that Parliament weren’t already considering. For example, you won’t find weed becoming legal through this petition system despite receiving over 4 million signatures. You won’t even find MPs turning up for the debate.

When the Queen dies (if she dies, I think she shattered her soul into several horcruxes) there may be a window of opportunity to have a discussion on the topic with parliament. If England wants to keep the Royal Family in their life of luxury then by all means, let them. I know very few Scottish people who want to continue paying tax to such an unworthy cause.

Thanks for reading! Do you have an opinion on the Royal Family? Let me know down below!