If you haven’t seen Outlaw King yet and wish to read a spoiler-free review rather than an analysis, click here!

I’m sure most of you have heard of Braveheart while less of you have probably heard of Outlaw King. The latter is a recent Netflix movie that in essence continues from where Braveheart ends: Robert the Bruce and his battle for Scottish Independence. The problem that many people face is that there knowledge of Scottish history is lacking. Don’t get me wrong, that’s completely understandable for those of you who don’t have any ties to the country. However, the problem is doubled by the fact that Braveheart is often referred to as a historical movie. As I’ve said before, Braveheart is only beats Inglorious Basterds by a small margin as far as historical accuracy is concerned. So let’s briefly discuss why that is the case and how it relates to Outlaw King!

The Flaws of Braveheart

image via History vs Movies

I don’t want to spend too much time picking away at the inaccuracies of Braveheart. If you’re interested in reading a more thorough explanation then feel free to check out my article on the matter. However, I am going to briefly summarise some of the more major deviations from historical fact. I feel like bullet points will suffice:

These are just a few of the major points that I wanted to bring up. Why are they important? It’s long been my opinion that when it comes to matters like this, the truth is far more interesting than fiction. Braveheart robs the Scottish people of their motivation to rebel against the English crown: it wasn’t over some lassie, it was because they had finally grown tired of being oppressed and essentially enslaved.

I can give a pretty good example of moments where fact beats fiction. The hanged, drawn and quartered scene in Braveheart is pretty brutal, right? Would it shock you to learn that the true events are in fact much worse? Wallace was stripped naked, dragged 6 miles by horse, had fruit, stones, and shit thrown at him, was hanged until he almost died, had his cock and balls cut off, his intestines were then pulled out of his body, he had to watch as his intestines were set on fire, had his heart removed, all before finally being beheaded. His body parts were then scatted across the country as a warning to any would-be rebels.

image via Den of Geek

Outlaw King begins just before the ending of Braveheart. The nobles of Scotland have accepted defeat and have made an arrangement with King Edward of England whereby they will return to their lands and begin paying taxes again. At this point in time, Wallace is in hiding and hasn’t been captured by the English. The movie demonstrates a really important aspect of history: The Scottish Wars of Independence were initially unsuccessful not because of the English, but because of the divide between Scottish nobles and their desperation to wear the crown. This is something that Braveheart does touch upon. However, Outlaw King also highlights the divide between the common people: many are sick of war but most are desperate to make the English pay.

There are many things that Outlaw King does perfectly that I simply couldn’t criticize it for. For starters, the attire worn by the characters is spot on in relation to what people wore in the 14th century. Chris Pine was OK; I’m still on the fence about his performance. However, Aaron-Taylor Johnson was the star of this movie, in my opinion. He plays James Douglas A.K.A The Black Douglas and he does it incredibly well. I was also impressed by both their Scottish accents which was one of my major worries when I heard they’d be starring in this movie.

Another aspect that I loved was that this movie plays on real emotions. Braveheart makes up nonsense for drama and effect but most of the emotional connections within Outlaw King are based on truth. For example, the deaths of Robert the Bruce’s brothers, the capture of his wife, the stabbing of John Comyn, the motivations of James Douglas, all of these things are true. These moments in the movie feel powerful and I have to congratulate the writers, director, and cast for that.

Similarly, the movie really makes you feel like you’re one of the people in 14th century Scotland. The death of Wallace fills you with rage, betrayal at the hands of your own countrymen fills you with hate, and the appearance of allies fills you with hope. 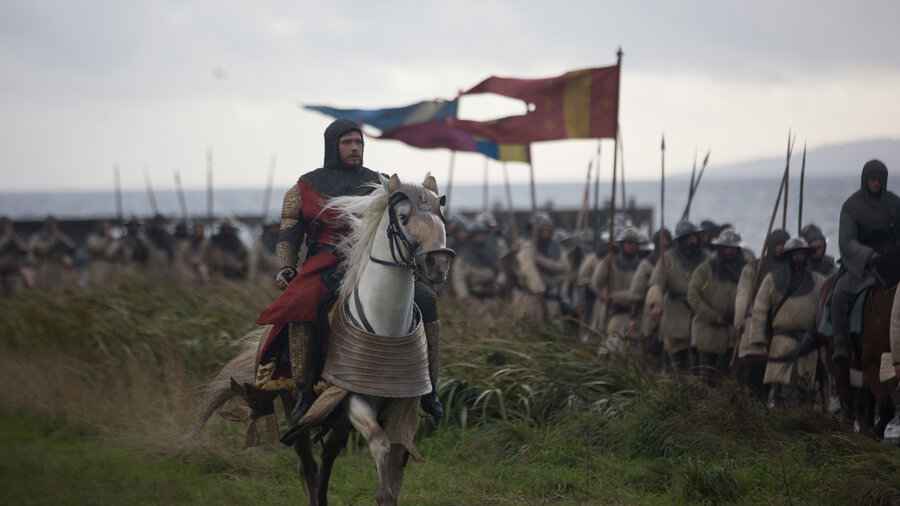 Unfortunately, despite being on the path to success, Outlaw King makes a few mistakes that really lower its value as a historical movie. Personally, I have no idea why these flaws weren’t noticed prior to filming but I play no role within the industry and so can’t comment on the process. The first issue is one scene in particular. I’m going to put it in a separate paragraph so you can avoid it if you don’t want to hear spoilers. The other is the ending of the movie. Well, not so much the ending but rather the content that they chose to include in the 2nd half. So let’s explore each of these and see how they could have been improved to make a GREAT movie. We’ll start with the latter of the two. Don’t worry, this one won’t contain any spoilers. 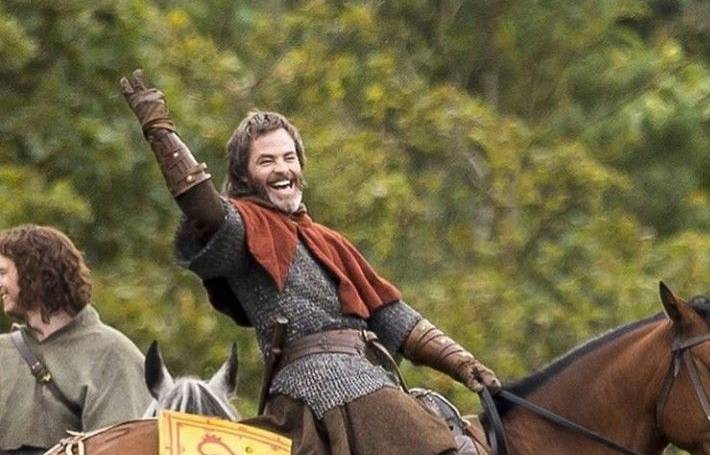 I’m not actually going to discuss how the movie ends, but I am going to explore why it lacked flare. Outlaw King is a very different, and more intimate, movie than Braveheart. We’ve all seen Mel Gibson charging into many battles as the blue-faced William Wallace and so that’s almost what we expect in Outlaw King. However, as the name suggests, Robert the Bruce was an outlaw and during the start of his campaign he didn’t have massive battles in the same manner as Wallace. Instead, we see a more covert and tactical side to his attacks. I personally found these to be incredibly entertaining.

However, towards the end we needed a major battle scene and what the movie gives us just doesn’t feel like that. As I said in another post when reviewing this movie, the ending feels anticlimactic and inconclusive. When it ends, we get text across the screen which explains how events developed afterwards. I compared this to Lord of the Rings: The Fellowship of the Ring ending with “…and then Frodo took the ring to Mordor and destroyed it”. That’s essentially what happens with Outlaw King. The set up is perfect but they don’t give us that all-important ending.

I think there were two ways to solve this problem. The first would have been to extend the movie’s run time to maybe 2 hours and 30 minutes. All we needed was one final battle, one major victory that demonstrated where the events of the movie led to. The other option would be to scrap the battle we get and replace it with a battle that occurred later in time. Alternatively, you could do both. Let’s explore the other issue I have with Outlaw King. This next paragraph will be comprised entirely of spoilers. You’ve been warned.

In the final battle, at Loudoun Hill, the Scottish army is victorious and the English are retreating. Of course not all of them, not yet. Edward II rises up from the mud to try and kill Robert the Bruce. We all knew a scene like this was coming because they foreshadowed it at the start in the cheesiest possible way (which now that I think about it was the only other major flaw of this movie). We then watch as Edward tries desperately to kill Robert, failing miserably each time. He then starts crying, is sick, and runs away. Why would the Scots let him leave? Robert the Bruce knows that the English have his wife and child and yet he lets the best bargaining chip he could possibly have escape?

You also have men there whose family and friends have been killed through the orders of Edward II and his father. Yet none of them try to kill him, seriously? I was fully enjoying this movie right up until this moment and then I felt like the experience shattered. It’s like if you were meditating and you’d reached this great space, then your friend grabs you by the shoulders and shakes you violently.

In summary, Outlaw King most definitely had the potential to be a better movie that Braveheart. From my point of view, it still is. The fact that is stays closer to the real version of events automatically makes it a far more interesting portrayal of Scottish history. I also liked that this movie had a dirtier feel to it: characters are flawed, they aren’t miraculously saved, there are more defeats than victories, and even though the romance in Outlaw King is still a bit over the top, it feels a lot more realistic. The movie also managed to have some incredibly hilarious moments that didn’t feel remotely out of place. Where it lacks relates largely to the ending. Braveheart ends with you wanting to scream “FRREEEEEDOMM!” whereas Outlaw King just doesn’t have that effect, despite setting the emotion up perfectly.

Thanks for reading! What did you think of Outlaw King? Does it compare to Braveheart? Let me know down below!