With the bog-standard triple threat of MCU movies coming out this year, there is a lot to look forward to…which also means there is a lot to be concerned about. In just a few months, Captain Marvel will hit theatres, followed swiftly by Endgame, and finally: Far From Home. With the end of a 10-year story on the brink of ending, what are my thoughts on the run-up to these movies being released? Let’s take a look!

With Captain Marvel due to hit theatres shortly before Endgame, I have many hopes and concerns towards Marvel’s next release. Surprisingly, my concerns aren’t so much with Captain Marvel herself but rather with Nick Fury. I mentioned in another article that Captain Marvel could be the movie that explains all of Nick Fury’s rather un-Fury-like decisions and actions during the MCU movies that follow this one (chronologically at least). I’m not going to explain it all again but click here if you’d like to read it.

Suffice to say, Winter Soldier painted a picture of a young Fury being ruthless, merciless, and ultimately ready to sacrifice whatever it takes in order to win the Endgame (roll credits…oh wait, wrong movie). I worry that Marvel are instead going to give us this sort of “cool dude” Fury. I guess I’m sort of hoping for more of a Pulp Fiction Samuel L. Jackson role, which I can’t imagine Disney would be in favour of.

I am looking forward to seeing Coulson on the big screen again though. It will be interesting to see the relationship between the two of them in the early days, prior to later interactions. Of course, I want to see Fury losing his eye…pretty grim, I know. Not only that, I want to see him losing his eye entirely because he trusted someone, just like he claimed in Winter Soldier. It could be the case that he trusts someone (maybe even Coulson) only for them to be revealed to be a skroll…but I hope that there is a deeper level of betrayal than that, perhaps a rogue Captain Marvel. There’s always the possibility that they “…I lost an eye” in Winter Soldier was entirely for effect rather than providing backstory.

Endgame is only a few months away and with trailers most likely misleading us (I don’t think Tony is randomly floating through space on the brink of death), we really have no real idea of what to expect. I am happy that Marvel are revealing very little about the plot because previous movies (Thor: Ragnarok, I’m looking at you) revealed WAY too much information. I’ve already ranted about that aspect of the MCU in the past, so I won’t go into too much detail about it now.

So, what are my hopes and concerns for Endgame? Honestly, I want death…a lot of it, which I know isn’t a likely outcome of this movie. Again, this is something I’ve already gone into, all be it prior to Infinity War. So as much as I’d actually like Hawkeye (definitely him!), Thor, Iron-Man, Black Widow, and Cap to all die (the latter of which is probably going to be Endgame’s only casualty), I am a realist and there’s just no way that Marven (and Disney) are going to take such a Game of Thrones approach.

So, if I can’t get deaths then I at least want sufficient closure on all the original Avengers. We know there is going to be a Black Widow movie which will most likely take place prior to the first Avengers movie but they wouldn’t kill her off in Endgame if there is a prequel movie coming out. I just want all the arcs completely tied up: no loose ends, to the point that never seeing ANY of those characters again on-screen wouldn’t feel odd. Is that too much to ask?

I think, more importantly, we also need a good set-up for the new Avengers. Far From Home apparently follows immediately after the events of Endgame and so there HAS to be some sort of PTSD-style shit going on in Peter Parker’s life, especially if the departed (if you haven’t seen The Leftovers, it’s the name given to the people who vanish) actually remember fading from existence. Similarly, Black Panther is going to need to be given a direction to go in.

Obviously, with rumours and hints towards there being a time-travel element in Endgame, I have my concerns surrounding that as well. Doctor Strange used the time stone in Infinity War, and even though part of me feels like Marvel are trying to misdirect us with the trailer, I think that time travel is the most likely route for bringing the dusted back.

But…will Marvel/Dinsey address any butterfly effect? After all, changing one thing in the past could have major implications for the future. If Cap isn’t frozen in the ice during WW2, he wouldn’t be there to help in Avengers, he wouldn’t stop Bucky in Winter Solider or reveal Hydra as still existing within Shield, and it’s possible that the events of Civil War would never have taken place.

A similar effect can be found by changing any character’s backstory, even if only a tiny bit. I’m worried that Marvel/Disney might gloss over any changes without really addressing there having been any impact. Stuff changes in the past but only has an effect in the present and so everyone is where they were but alive and existing.

If I could have one wish regarding Endgame, it would be this (aside from all the character deaths): If there is any sort of dimension/universe hopping, I want a Rick and Morty reference. It will NEVER happen, I mean why would it? But that would be my one wish. 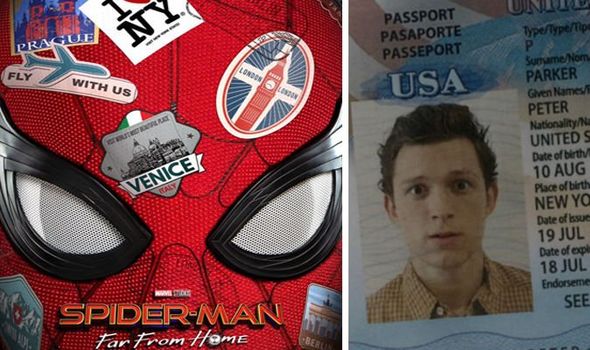 Don’t get me wrong, there are a number of things that I’m certainly looking forward to in the Spider-Man sequel: Ned, the Peter/Fury interactions, Aunt May, and of course, seeing Jake Gyllenhaal step into the comic book villain role of Mysterio.

However, there is a certain concern that only seems to stem from Sony and their Superhero movie, and it’s something that I found in both Venom and Sam Raimi’s Spider-Man 3 (but also Green Lantern and even in Infinity War to a lesser extent) and that is these beings who don’t hold a physical shape but instead morph themselves into any shape they like. I really struggle to lose myself in a movie that uses this approach. When Iron-Man was fighting Thanos and kept just making these shields and shit, it broke the illusion that cinema usually holds over me.

So, if you’ve watched the Spider-Man: Far from Home trailer you may have some idea of what I’m referring to (although there is a very obvious explanation, but more on that in a moment). In the trailer, we see these “elemental” creatures or beings who are wreaking havoc across Europe. I hated it in Spider-Man 3 when Toby Maguire’s Spider-Man faced off with Venom (was that actually meant to be Venom? I always forget) and Sand-Man, and I hated it in Venom when they two symbiotes fight each other using various make-shift weapons.

My hope, but also my concern, is that this is all just Mysterio. I mean we know he’s going to be the villain, obviously…but wouldn’t that be the laziest twist in the world? I hope that is is Mysterio because if those creatures/being are real then I’ll be disappointed. However, I also hope that there is more going on than just Mysterio desperately seeking the admiration that the Avengers get and so he fakes attacks. He’s basically being Syndrome in Incredibles: using technology to fake an attack so he can be the hero, all to demonstrate being more powerful than the heroes he is actually jealous of.

One aspect of the MCU that I have thoroughly enjoyed has been this move from fantasy to sci-fi. I guess fantasy might be the wrong word…let me give you some examples: Vulture in Spider-Man: Homecoming wasn’t some bird-winged man but rather a regular guy making use of technology. Similarly, elements of “magic” have instead been given more scientific (and I use that term incredibly loosely) explanations. The exceptions being perhaps Loki, but even Doctor Strange dived into the idea of harnessing energy from various other dimensions, of which there are an infinite number.

Thanks for reading! Are you looking forward to these three MCU films? What are your hopes and/or concerns? Let me know down below!