As I near the age of 25, I’ve come to realise that there is an aspect of life that nobody warns you about. I don’t think any adult as I was growing up ever mentioned their 20s as being a time of horror or confusion. We always hear about the clichéd mid-life crisis where in the movies someone in their late 40s/early 50s randomly decides to dye their hair or buy a motorbike. But what about the quarter-life crisis…why is that never mentioned?

Perhaps you’re wondering what I’m talking about. Maybe you’ve never heard the term before and you’re wondering how anyone could have a crisis at the age of 25. Surely I’m just being dramatic, right? Well, I wish (and perhaps even hope) that that is indeed the case. Sadly, there seems to be a growing body of evidence that I am moving across the border from “young adult” to “adult”. This isn’t a friendly border that greets you with flower necklaces (or Leis) and champagne. No, this is a hostile border with armed guards and vigorous, even invasive searches. It marks a change: one where you begin to realise that you’re not that young anymore. I mean if you compare yourself to others, you may seem young but you know in your heart that there are doors closing behind you that will never be open again…and it’s a little terrifying.

So what is actually going on? Well, a receding hairline for one. That’s right, the male-pattern baldness gene which I always knew was inevitably coming my way has finally been activated: Similar to a Treadstone agent from the Bourne movies. One of the worst things about this is that once you become aware of it, you feel like it’s constantly getting worse. I’ve always had thick hair and after a few months of not getting it cut, I usually feel like I’m wearing a door-mat on my head. Yet as I near the 3-month mark I can run my hands through my hair and notice how unusually thin it is. It feels wispy and it serves to remind me of what my grandparent’s hair was like not long before their death.  Many people can go bald and own it but I have an abnormally large head and baldness would not suit me. I have the perfect comparison picture which I’m going to upload above. In fact, since you’re reading this, you’ve already seen it!

My teeth have started to become a problem as well. I’ve always regretted not getting braces because my bottom teeth are all over the place but not quite erratic enough to create any medical issue…or at least they weren’t. When I first started writing this post (about a month ago) I had been suffering from wisdom tooth pain for 6 months. Not from one tooth or two teeth but three wisdom teeth. Luckily my dentist assures me that they’re just moving but aren’t creating any long-term damage. I still have this fear that my teeth are all moving like continents and that the removal of wisdom teeth (if it eventually happens) won’t change that without braces (which cost a small fortune and would look bizarre on a 25 year old balding man!

I’ve also found that going to the gym has started to become more difficult. Where I used to be able to laze around for months, only moving off the sofa to eat, wash, use the bathroom, sleep and then return to the gym with a similar level of strength. I now find that even when I’m regularly going to the gym, my strength isn’t improving. This could be down to diet but if anything my diet has improved: I’ve cut out refined carbs as much as possible and I certainly eat less junk food. I’ve barely touched alcohol so far this year and my drug intake has also been drastically lower. By all accounts my gym game should be the best it has ever been! Yet even finding the motivation to go is a challenging endeavour!

This doesn’t even touch upon the sore feet and legs I get from going down the couple of flights of stairs from the flat to the street outside. I can run quite happily and my legs barely suffer (at least that was the case the last time I went for a run) but small walks seem to rip the energy right out of me.

Another thing is my metabolism. I’ve always had an incredibly high and efficient metabolism and my flatmate used to describe me as “carb-resistant” because I could live of carbohydrates and not put on any weight…but over the last 6 months or so, my metabolism has been starting to slow. In truth, this could be due to a number of things but part of my always knew this day would come. I’ve joked about it with people in the past: about how one day it will all just hit me and those chippies for lunch and bags of sweet and sugary drinks that I consumed over the course of two decades will suddenly take their toll.

A quarter-life crisis isn’t limited to just physical effects though. I find myself feeling mental side effects as well. These are most likely due to my sudden awareness of the physical aspects but it’s still all a bit bizarre. I’ve never really been a night owl by any means. I mean on nights out I can stay up as late as anyone but on a day-to-day basis I’ve always leaned more towards an early night (unless I’m binging a new game like Assassin’s Creed). Recently, this seems to be even more the case as I find myself waking up earlier and going to bed earlier. As of this morning, I was naturally awake at 6:58 and up working by 8.

Of course now that I’m living in Spain I should have adjusted to having siesta in the heat of the afternoon (which is a whole other topic on its own). Instead, I find myself feeling pretty awake until about 5 and then the rest of the evening I can barely function due to sheer tiredness.

That doesn’t even cover the other impacts that aging has brought on. Where I used to be able to binge TV shows and films, I find myself getting bored. In truth, this could perhaps be a positive change as I spend WAY too much of my time watching movies and TV shows…but when I’m going to be bored regardless, at least I could stick a film on that I’d seen a million times already and still enjoy it.

image via The Oklahoma Eagle

Now, before I start discussing money it is important to realise that some stereotypes are based on facts and as a Scottish person, yes, I tend to be quite tight with my money. I can think of many examples through my life where I chose not to buy something simply because I didn’t want to spend my own money. Granted, the opposite of this has also been true where impulse has led to me returning from work with a Playstation 4 (which I returned the next day).

Yet now, more than ever, I find myself thinking about everything I buy. My mind focuses on the work aspect i.e. how much work do I need to do in order to cover the cost of what I’m buying. Do you have data limits set on your phone? I have similar limits mentally set on my bank and when I reach a certain level of cash alarm bells ring. Again, this isn’t perhaps entirely a negative development but it does make me full super old. It’s important to realise that I’m not a mature person. I have a bag of googly eyes in my bag that will be getting attached to inanimate objects in the near future!

An additional mental aspect that hits you around this age is your career. When you’re aged 15, 18, 21, even 23, you feel like you’ve “got time”. You’ve got time to go to university, you’ve got time to start a career from the bottom and work your way up, you’ve got time to decide where you want to be in life and put some sort of a plan into action. Time, time, time, time, time! As you near 25, you soon begin to realise that many people already have this plan: they’re working in a job that is taking them towards their chosen destination, they’ve built up a CV with managers who will give them references. Up until recently, one of my references on my CV was the shop where I did my paper round for 5 years!

This fact sort of sends you into an existential crisis of sorts where you start to realise that you aren’t that great at anything. When I was a kid, I wanted to be an author (a dream I’ve since circled back to), then I wanted to be an entrepreneur (until I realised I have the charisma of a log!), then it was a clinical psychologist (until I realised that you needed to have a ton of experience before getting into an entry level psychology job) and so I settled on becoming a police officer (until I realised that I love drugs and strongly disagree with the drug laws in my country). So perhaps it is some form of regression that has me once again knocking on the doors of authorship in search of a career!

Strangely, despite my life not nearing its end (not that any of us actually know that…but we can hope) I do find myself considering the mortality of others. I’ll see the parents of school friends and be shocked, even speechless, at how much older they look. When you grow up with people, you never look at them and think “wow, he’s aged drastically since those days when we used to use sticks as pretend lightsabres!” but when you see someone’s parent after some amount of time, it sort of hits you like a brick wall.

This of course then leads you to considering the mortality of other people: siblings, parents, aunties, uncles, cousins, friends, pets…pets especially! My dog is like 12 this year and my last dog died at the age of 13. It’s a little worrying! There is a moment every now and again where I genuinely worry that any day now I’m going to look in the mirror and be unable to recognise myself. What if I’m actually sitting in a home for the living dead right now and I’ve lost all my memories from the summer of 2018 onwards? I look around and don’t recognise a single person, where I am, my own possessions…myself. Do I feel angry? Upset? Cheated? If you lose all those memories and die without them…have you really lived?

Always Look on the Bright Side of Life! 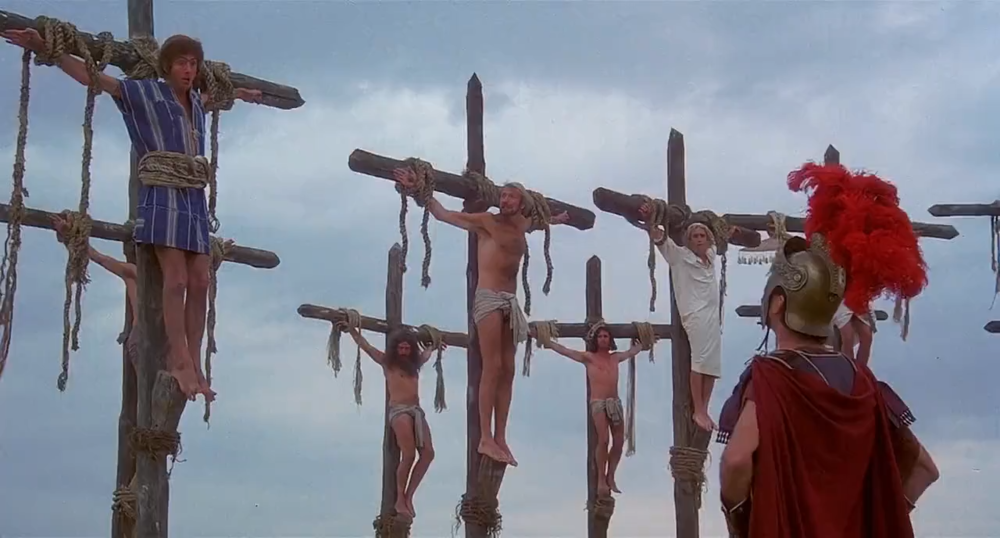 I was going on that but it seemed a little dark and gloomy. Allow me to clarify that I’m not regularly fearing the great abyss and the general aging process isn’t what scares me…rather it’s our inability to focus on the present that causes time to appear to whizz by. Time is merciless, it’s ruthless, and it doesn’t waver or flutter for anyone. You can’t tame time: it’s like a winding, powerful, flooded river which froths over sharp rocks and cascades down giant waterfalls. You’re riding along on an inflatable ring, watching as each sight goes by, wishing that you could get a few moments longer to admire the view…but each moment you waste struggling against the power of the river only causes you to miss more!

Thanks for reading! Have any of you hit the dreaded quarter-life crisis? Let me know down below!